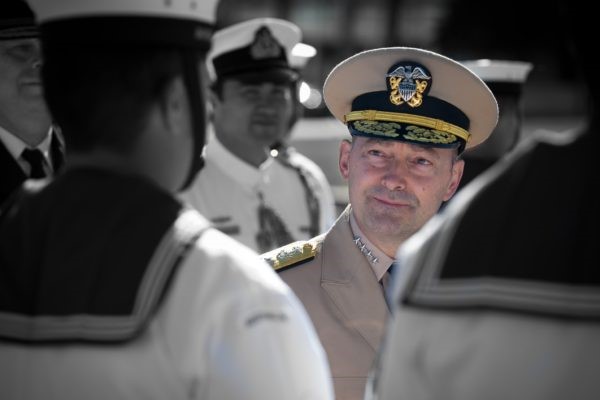 The Center for Strategy and Higher Leadership hosts “Short Notice Briefings” on topical issues for CEOs and chairpersons of major companies in Europe. In 2022, Short Notice Briefings were held with, among others, General Sir Richard Shirreff, author of the book “War with Russia,” Professor Igor Yurgens, former advisor to the Russian President, and NATO’s 16th Supreme Allied Commander, Admiral James G. Stavridis (photo). The discussion was chaired by Professor Klaus Schweinsberg.

In his speech, Klaus Schweinsberg drew some provocative comparisons between China and the West and discussed a “clash of systems”. Liberalism, democracy, and market economy are under pressure. For various reasons, China poses an enormous challenge, but first and foremost, it is a chance: a rising China forces Europe to finally learn her lessons.

The current development reflects changeover from European expansion to Chinese expansion. Prof. Dr. Schweinsberg observes certain parallels to Zheng He, an admiral of the Ming dynasty. He was the commander of the Chinese treasure fleet. With more than 317 ships and almost 30.000 crew, it was remarkably bigger than all the fleets of all the European powers combined. This made China the undisputed “ruler of the seas”, a trading nation, a force for order, and a hegemon. After the death of the Yongle emperor, China reoriented and focused on domestic affairs, and thus gave way to Europe’s rise on the world seas.

Now, 600 years later, China again left Europe behind in many respects, most obvious in the Belt and Road Initiative. China’s rise and Europe’s fall can be reflected in ten factors: intention, ambition, expansion, education, bureaucracy, rule, monitoring, surveillance, moral, and agility. It is important to note the fundamental difference between Confucian and Western rationalism, once described as an “adaptation to the world” vs. “domination over the world” by Max Weber. (Photos (c) DCW)

“The world is more unstable than it has been for a long time and strategic orientation has become more important than ever”. This was the opening statement by Klaus Schweinsberg during a high class dinner held at the Jockey-Club in Vienna on March 14th. Together with General Sir Richard Shirreff he discussed the “Current geopolitical shifts and the (future) role of Europe“ offering some guidance and unique insights from the military. General Sir Richard Shirreff KCB CBE, was Deputy Supreme Allied Commander Europe from 2011 to 2014 and is respected across NATO countries and beyond as one of the leading strategists of his generation. Sir Richard’s fictional novel War with Russia, based on his military experience, was published in 2016. (picture ©glh) 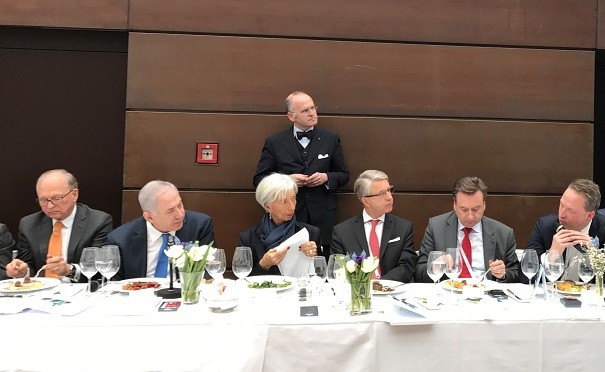 At this year’s Munich Security Conference (MSC) Klaus Schweinsberg moderated side events with high ranking representatives from economy and politics, including Christine Lagarde, Managing Director of the International Monetary Fund (IMF)  and Prime Minister of Israel, Benjamin Netanjahu, (photo), also with former President of Germany and Head of IMF Horst Köhler and others. (picture: glh) 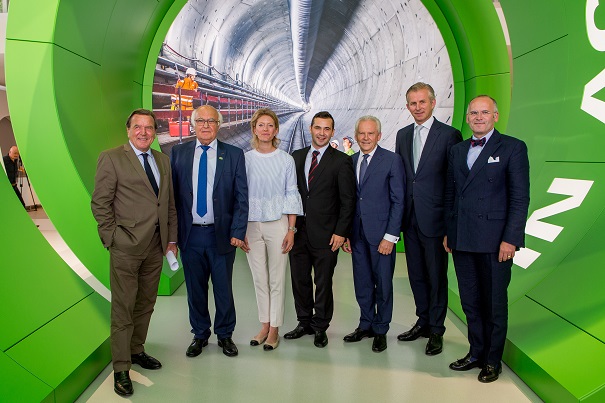 A successful kick-off event took place on July 20th at the Herrenknecht Academy in Schwanau. Many prominent speakers focused on the topic of Leadership and honoured the entrepreneur Martin Herrenknecht. Among the speakers were former German Federal Chancellor Gerhard Schröder, EU Commissioner Günther Oettinger and Dr. Rüdiger Grube, former CEO of Deutsche Bahn. Klaus Schweinsberg moderated a panel with Dr. Jeannette zu Fürstenberg, Managing Partner La Famiglia and Jan Rinnert, Chairman of the Board of Heraeus Holding discussing „How much past does the future need?“ (picture: Herrenknecht)