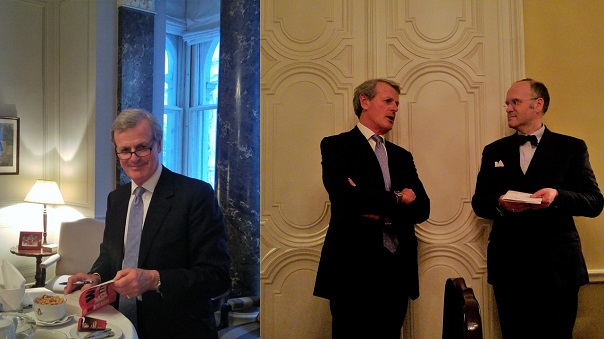 “The world is more unstable than it has been for a long time and strategic orientation has become more important than ever”. This was the opening statement by Klaus Schweinsberg during a high class dinner held at the Jockey-Club in Vienna on March 14th. Together with General Sir Richard Shirreff he discussed the “Current geopolitical shifts and the (future) role of Europe“ offering some guidance and unique insights from the military. General Sir Richard Shirreff KCB CBE, was Deputy Supreme Allied Commander Europe from 2011 to 2014 and is respected across NATO countries and beyond as one of the leading strategists of his generation. Sir Richard’s fictional novel War with Russia, based on his military experience, was published in 2016. (picture ©glh)

The new Ice Age on the Executive Floor
Scroll to top