With rhetorical unambiguity, Olaf Scholz at this year’s Bundeswehr conference locates the threat posed by Russia under Putin as currently the greatest for NATO allies. In view of the threat situation, the core mission of the Bundeswehr comes into focus within the Chancellor’s “Klartext” speech: national and alliance defense. Scholz reaffirmes the political and social backing of the Bundeswehr, with the special assets made available being no exception.

In the discussion that followed, opened by Klaus Schweinsberg, Olaf Scholz took questions from top Bundeswehr officials and political representatives. Within the new national security strategy, Scholz says, the development of the German military’s capacity to act was under particular scrutiny.

To the video of the speech

„If you are going to impose sanctions, you want to organize them so that they will be as effective as possible – and in the case of the current war, I am not sure that they have been.“ – Eric Maskin

Since Russia’s annexation of Crimea in 2014, sanctions aimed at deterrence have been increasingly used to dissuade Putin from further military expansion – until the military attack on Ukraine on February 24 reshuffled the cards worldwide. Six months after the war began, Saskia Meuchelböck of the Kiel Institute for the World Economy and Nobel laureates Oliver Hart, Eric S. Maskin and Sir Christopher A. Pissarides evaluate the effectiveness and success of ongoing economic sanctions at the Lindau Nobel Laureate Meetings. The use of the economic weapon aims to end the war; while Oliver Hart focuses on the punitive effect, Eric Maskin hopes for sanctions as an incentive to move Russia to the negotiating table. Even if the sanctions used weaken the Russian economy, unintended political consequences within Russia may counteract their success, as Ms. Meuchelböck confirms using recent studies. The time horizon and trade-offs put pressure on the sanctioning countries: “How long can we affort this situation?” is a question posed by moderator Klaus Schweinsberg to the invited guests.

To the video of the panel discussion

Defense Minister Annegret Kramp-Karrenbauer and Inspector General Eberhard Zorn outline the key points for the future of the Bundeswehr at this year’s Bundeswehr Conference. In the subsequent panel discussion, the Minister and the Inspector General exchange views on the implementation of the “white papers” with several security experts, including Dr. Claudia Major from the German Institute for International and Security Affairs (Stiftung Wissenschaft und Politik), retired Lieutenant General Heinrich Brauß from the German Council on Foreign Relations (Deutsche Gesellschaft für Auswärtige Politik) and Prof. Dr. Gabi Dreo Rodosek, Director of the CODE Research Institute.

This panel discussion was moderated by Prof. Dr. Klaus Schweinsberg, founder of the Centre for Strategy and Higher Leadership.

At the invitation of the Inspector General of the Bundeswehr, General Eberhard Zorn, CEOs and supervisory board members of well-known companies and high-ranking military officers met in Berlin on September 9, 2020 for an exchange of ideas on the topic of “Crisis Management and Corona”. The conversation was moderated by Professor Klaus Schweinsberg. 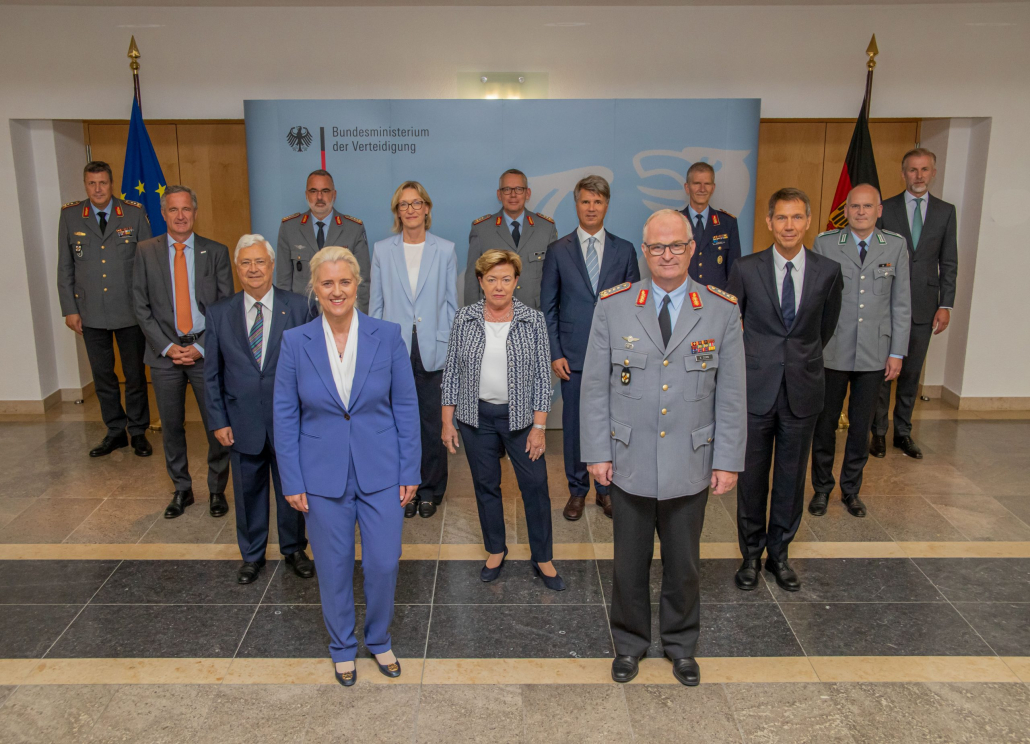