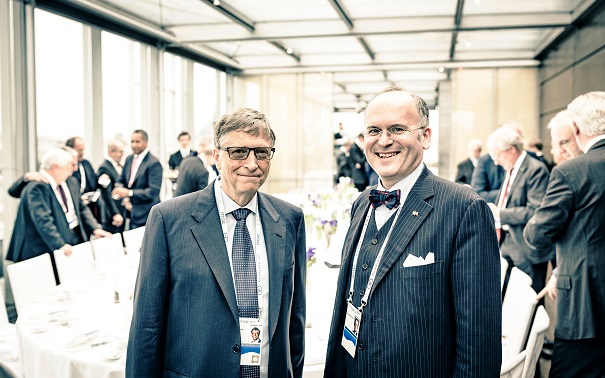 At this year’s Munich Security Conference (MSC) Klaus Schweinsberg moderated again the discussion of a side event with high ranking representatives from economy and politics, including Bill Gates (photo), Co-Chair Bill and Melinda Gates Foundation, Peter Thiel, Founder Thiel Capital and paypal, and Peter Maurer, president of the international committee of the red cross. Together with Professor Marco Gercke, Director of the Cybercrime Research Institute, he also presented a cybercrime simulation exclusively designed for decision makers from governments. The simulation included some of the most recent cyber attacks on states aimed at its elections and offered a view of the current risks and opportunities for action in the field of cybercrime. (Photo by MSC/Michael Kuhlmann)